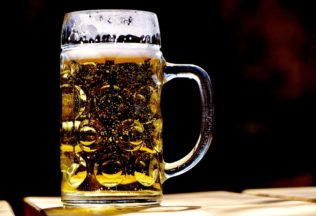 A bid to increase tax on beer sold in Australia to discourage consumption has been labelled “misguided, lazy and flawed” by brewers.

In early January 2018 the Foundation for Alcohol Research and Education made a submission to the Australian Federal Government calling for alcohol tax to increase, including making sure draught beer is taxed at the same rate as packaged beer.

“Any Aussie venturing overseas who has slicked their thirst with a cleansing ale knows we pay a premium for beer in Australia,” Heffernan said.

“Australians pay amongst the highest excise on beer in the world. Then we pay a further 10 per cent in GST on top of that. Last year, taxes on beer drinkers alone netted the Australian Government almost $2.4 billion.”

Heffernan said 2014 University of Adelaide research showed that beer sold in Australia is taxed at more than twice the OECD average.

“Comparing our $0.58 excise on the $2.00 wholesale pre-tax beer price, Australians pay over seven times more than Argentina, Belgium, Chile and Poland ($0.08); over six times more than Austria, Hungary, the Netherlands and South Africa ($0.09); almost five times more than Italy and Greece ($0.12); double the beer excise paid in the US ($0.29) and almost double that of New Zealand ($0.33),” Heffernan stated.

Heffernan said that exercise on beer in Australia is also automatically increased by the Australian Federal Government every six months.

“Firstly, when it comes to cheap alcohol products, beer is not one of them.

“Secondly, price is not a pressure point for those who misuse alcohol. It’s lazy and flawed policy… it penalises the vast majority who drink responsibly while doing nothing for those few at risk of harm.”

FIAL launches UK Grocery Accelerator Program
Food Innovation Australia Limited has launched a UK Grocery Accelerator Program to help Australian f...
Coles weekend and late-night workers win pay rise
Coles will soon stop paying its permanent weekend and late-night employees below-award penalties if ...
Kaufland to exit Australian market
After careful and thorough consideration, Kaufland has decided to undertake an orderly withdrawal f...
Australians feel stigmatised for not drinking
A University of Adelaide study has found Australians trying to cut back their alcohol intake often f...
How big will the seniors ‘functional foods’ market be in 2022?
DAIRY giant Fonterra is applying itself to help find solutions to malnourishment in older people.
Ikea invites food innovators to apply for global boot camp
Ikea wants to help start-ups looking to innovate within the food industry.
One person’s ban is another person’s bonanza
THE move away from plastic shopping bags has created demand for alternatives, including a return of ...
IGA snatches Shane Jacobson for another ad campaign
IGA has snagged beloved Australian actor Shane Jacobson again for another marketing campaign. Dev...