Woolworths has entered an agreement to acquire a 25 per cent stake in WA craft brewer Gage Roads Brewing as they look to enhance their private label beer options.

Gage reported that a supply agreement had been reached, which would see the WA company contract brew 350,000 cases of beer per year for Woolworths. 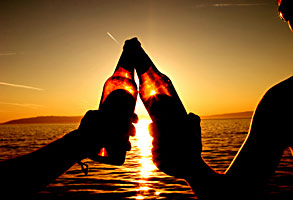 Last year, Woolworths entered the beer sector for the first time with private label offering Platinum Blonde and they are keen to expand their range after reporting it “performed very well” in the first six months of the financial year.

“This Supply Agreement provides Gages Roads with the opportunity to substantially grow its current production volume and realise a greater economy of scale,” Gage advised in a statement.

Following the purchase of the minority stake, Woolworths will also have an appointee on the Gage Roads board with Steven Greentree, General Manager Woolworths Liquor Group, becoming a Non-Executive Director.

Gage Roads’ Chief Executive Nick Hayler said the Company was excited to welcome Woolworths as a major shareholder and customer.

“We are very pleased to have attracted the interest and support of such a well recognised company in Woolworths,” he proclaimed. “This is a win-win situation for all parties.”

A General Meeting will be held in late June 2009 at which Gage shareholder approval for the placement will be sought.

Nespresso launches Australian-first Coffee Advent Calendar and new Festive Italia Variations coffee ...
This month, Nespresso Australiaopens its Casa Nespresso: Our House of Gifting doors to reveal a new...
3 in 4 business owners admit Government stimulus was essential to their survival this year
While Government stimulus packages helped keep Aussies employed and businesses afloat this year, ne...
The future of supermarket checkouts has arrived
CHECKOUT the future of the way we'll pay for supermarket groceries.
Domino’s to giveaway 20,000 free pizzas
Domino’s is giving away 20, 000 free pizzas to help launch its new ‘Quality Fresh’ menu.
Meatless Farm Co is setting up shop in the U.S
This article was originally written by Adian Fortune, GlobalMeatNews.com editor, on 25th June 2019....
Mintel launches its annual APAC Food and Drink Landscape
Mintel, the experts in what consumers want and why, has today launched Asia Pacific: The Food and D...
Regional Australian farmers venture into teff
Two Australian farmers have ventured into growing the native Ethiopian grain, teff, in an attempt to...
Why celebrity mum is taking on the Big Food companies
Celebrity wellness expert Libby Babet and exercise physiologist and nutritionist, Veronika Larisova...