World food prices surged to a new historic peak in January, for the seventh consecutive month, according to the updated FAO Food Price Index, a commodity basket that regularly tracks monthly changes in global food prices. 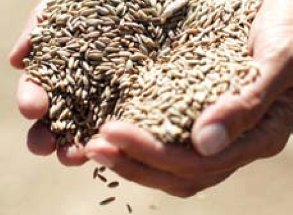 The Index averaged 231 points in January and was up 3.4 percent from December 2010. This is the highest level (both in real and nominal terms) since FAO started measuring food prices in 1990. Prices of all monitored commodity groups registered strong gains in January, except for meat, which remained unchanged.

“The new figures clearly show that the upward pressure on world food prices is not abating,” said FAO economist and grains expert Abdolreza Abbassian. “These high prices are likely to persist in the months to come. High food prices are of major concern especially for low-income food deficit countries that may face problems in financing food imports and for poor households which spend a large share of their income on food.”

“The only encouraging factor so far stems from a number of countries, where – due to good harvests – domestic prices of some of the food staples remain low compared to world prices,” Abbassian added.

FAO emphasized that the Food Price Index has been revised, largely reflecting adjustments to its meat price index. The revision, which is retroactive, has produced new figures for all the indices but the overall trends measured since 1990 remain unchanged.

The FAO Cereal Price Index averaged 245 points in January, up 3 percent from December and the highest since July 2008, but still 11 percent below its peak in April 2008. The increase in January mostly reflected continuing increases in international prices of wheat and maize, amid tightening supplies, while rice prices fell slightly, as the timing coincides with the harvesting of main crops in major exporting countries.

The Oils/Fats Price Index rose by 5.6 percent to 278 points, nearing the June 2008 record level, reflecting an increasingly tight supply and demand balance across the oilseeds complex.

The Dairy Price Index averaged 221 points in January, up 6.2 percent from December, but still 17 percent below its peak in November 2007. A firm global demand for dairy products, against the backdrop of a normal seasonal decline of production in the southern hemisphere, continued to underpin dairy prices.

By contrast, the FAO Meat Price Index was steady at around 166 points, as declining meat prices in Europe, caused by a fall in consumer confidence following a feed contamination scandal, was compensated for by a slight increase in export prices from Brazil and the United States.

Meatless Farm Co is setting up shop in the U.S
This article was originally written by Adian Fortune, GlobalMeatNews.com editor, on 25th June 2019....
Milkman delivery come back in Big City
The milkman might be a thing of the past for many Australians but the service has made a comeback in...
NZ Krispy Kreme & Maltesers Unite for a doughnut collab
In partnership with Maltesers®, Krispy Kreme New Zealand releases a new limited-edition doughnut de...
Blackmores Bega Chinese infant formula venture already paying off
Blackmores and Bega Cheese have reported early success with a business partnership selling infant fo...
Retail Food Group to take Donut King to Scandinavia
Australian publicly-listed Retail Food Group is to expand its presence into Scandinavia after a Swed...
Free soft drink refills no longer allowed in France
The French government has banned food service providers from offering free soft drink refills.
Is wholemeal bread always necessarily healthier than white?
Healthy eating guidelines often tell us choosing wholemeal bread over white is always a healthier op...
Organic Dairy Farmers of Australia enters Voluntary Administration
This article was written by ABC News on 26 May 2020. Australia's largest organic dairy company ...