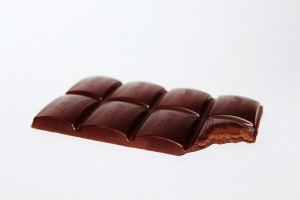 For decades, researchers have worked to improve cacao fermentation by controlling the microbes involved. Now to surprise, a team of Belgian researchers has discovered that the same species of yeast used in production of beer, bread, and wine works particularly well in chocolate fermentation.

The research was published July 6 2015 in the journal ‘Applied and Environmental Microbiology’, a publication of the American Society for Microbiology.

“Chemical analyses as well as tasting the chocolate showed that the chocolate produced with our best yeasts is much better and more consistent than the chocolate produced through natural fermentation,” said Kevin Verstrepen, PhD, professor of genetics and genomics, the University of Leuven, and the Flanders Institute for Biotechnology (VIB), Belgium. “Moreover, different yeasts yielded different chocolate flavors, indicating that it would be possible to create a whole range of specialty chocolates to match everyone’s favorite flavor.”

After the harvest, cacao beans are collected and placed in large wooden boxes, or even piled on the soil at the farms where they are grown, said Verstrepen. At this point, the beans are surrounded by an unappetizing white, gooey, pulp composed of sugars, proteins, water, pectin, and small amounts of lignin and hemicellulose. Microbes that are present in the farm environment then go to work consuming the pulp through fermentation.

Differences among the microbes at different farms result in differences in flavor and quality of the resulting chocolate, said Verstrepen. “Some microbes produce bad aromas that enter into the beans, giving rise to chocolate with a foul taste, while others do not fully consume the pulp, making the resulting beans difficult to process.”

“We were looking to find or develop the best microbes that result in the best chocolate,” said Verstrepen. These, he said, could be added immediately at the onset of fermentation, allowing them to outcompete less desirable microbes, enabling consistent production of high quality chocolate.

However, finding strains that could outcompete the undesirables and produce high quality chocolate proved highly challenging. The investigators characterized more than 1,000 strains of Saccharomyces cerevisiae, mostly from the alcoholic beverage industry, but including some from cacao farms. Some of the best performers came from the latter, and others came from the beer, wine, bioethanol, and sake industries, said Verstrepen. A key to success was the ability to tolerate the high temperatures encountered during cocoa fermentation—45°-50° centigrade (107.6°-109.4° Fahrenheit).

The investigators then crossed some of the best strains, to produce hybrids which they found performed even better. “The rationale behind this approach is identical to breeding strategies in agriculture: crossing optimal strains can generate superior offspring,” says coauthor Jan Steensels, group leader for industrial research, and Ph.D. student at the Flanders Institute for Biotechnology. Compared to crossing livestock or crop plants, crossing yeasts is technically more challenging, and requires highly accurate microscopy, said Verstrepen.

The investigators then applied these new hybrids to fermenting chocolate on farms, which their industrial partner, Barry-Callebaut used to make chocolate for the taste testing.  “In these tests, the (very eager) consumers’ panel voted unanimously for chocolate derived from beans fermented by the newly developed yeast strains,” said Steensels. Barry-Callebaut now plans commercial production of a range of tailor-made chocolates, using some of the novel yeasts.

Five Australian food and agri startups shortlisted for prestigious global FoodBytes! Pitch
Five innovative Australian startups have been shortlisted from a record number of international app...
New Zealand Cadbury factory set to close
The Dunedin Cadbury factory in New Zealand is set for closure after a suitable bidder could not be f...
Retail Food Group to take Donut King to Scandinavia
Australian publicly-listed Retail Food Group is to expand its presence into Scandinavia after a Swed...
Alto-Shaam appoints new Regional Sales Manager for Australia and New Zealand
Alto-Shaam, a global leader and innovator in the foodservice equipment industry, has appointed Trac...
Unilever now able to recycle plastic sachets
Global consumer goods producer, Unilever, has developed new technology which will allow it to recycl...
UK obesity forum criticises low-fat diets
A group of UK health and nutrition professionals have criticised the idea that fat should be avoided...
Mondelēz International’s innovation and venture hub, SnackFutures, announces the establishment of AU...
Mondelēz International’s innovation and venture hub, SnackFutures, has announced its expansion into...
Australian exporters guide to China’s online retail environment
Australian food and agribusiness exports to China have nearly doubled from 2010 to 2015 to AUD $9 Bi...