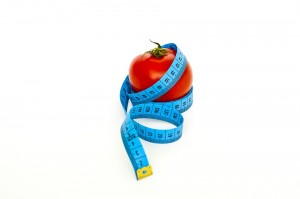 New research has found that the amount of food a father eats could have a direct impact on their unborn child’s health.

Conducted by a research team based at Melbourne’s RMIT University, the study also discovered a Father’s diet could impact his children’s mental health.

RMIT believes it is one of the first extensive studies which looks at the father’s diet rather than the mother’s.

Professor Antonio Paolini from RMIT’s School of Health Sciences who lead the cross-generational study said the research was based on allowing male rats to eat however much food as they liked. A second group of rats were given access to 25 per cent fewer calories.

“Even though the father’s had no contact with their offspring and the mother’s behaviour remained relatively unchanged, the offspring of the food-limited rats were lighter, ate less and showed less evidence of anxiety,” Professor Paolini said.

“The results suggest that the diet of one generation may affect the next,” Paolini said.

“When you see the lower levels of anxiety as a result of reduced diet crossing generations, it raises alarm bells for the long-term potential health consequences of a society with rising levels of obesity,” he said.

Paolini said that reduced calories may sharpen survival instincts, making animals less anxious and more adventurous in the way they explore their environment.

“This generation lives in a world where food is plentiful, something that could have profound implications for future generations and society as a whole,” he said.

Paolini said environmental factors could also have an effect on sperm production in men in the days leading up to conception, posing an additional risk to the health of their children.

“This makes it important for both mothers and fathers to consider their environment and things such as diet, alcohol consumption and smoking, before conceiving,” concluded Professor Paolini.

The research will be published in a upcoming edition of the scientific journal Psychoneuroendocrinology.

Coca-Cola says it “share many key values” with its Olympics marketing campaign
Coca-Cola South Pacific has launched its 2016 Rio Olympics marketing campaign.
Smith's surprise product: Lamington-flavoured chips
One of Australia's largest chips brands, Smiths', is releasing a sweet flavoured chips, inspired by...
Peters and Arnott’s partner for new ice cream range
Peters Ice Cream and Arnott’s have partnered to launch a new ice cream line.
Unilever in Streets battle on min. conditions
The Australian Manufacturing Workers Union has urged Australian consumers to boycott Streets’ ice cr...
Wine descriptions make us emotional
Research by the University of Adelaide has shown that consumers are much more influenced by wine lab...
Burger Urge announces new CEO
Industry veteran Shawn Kerr steps into a new role as Chief Executive Officer of Burger Urge, bringi...
William Grant & Sons named Distiller of the Year
William Grant & Sons has been named Distiller of the Year at the International Wine and Spirits Comp...
Woolworths makes multi-million dollar investment to drop prices on 140+ products in the lead up to C...
With Christmas less than 3 months away, Woolworths is dropping the prices on more than 140 products...