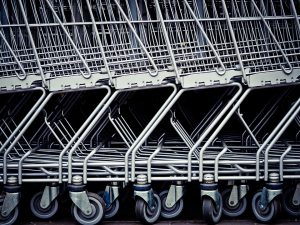 The Fair Work Ombudsman has just issued a report criticising Woolworths with a finding that some trolley collectors working at its supermarkets were being paid as little as $10 an hour.

The trolley collectors should have been paid between $18.01 and $22.51 an hour depending on whether they were full-time, part-time or casual employees.

The underpayment allegations were revealed in the report which disclosed the results of a 2014 inquiry by the Fair Work Ombudsman into the procurement of trolley collection services by Woolworths supermarkets.

More than three out of four Woolworths sites visited non-compliant

As part of the inquiry, 130 Woolworths sites were visited with the Fair Work Ombudsman finding “more than three in every four “had indications of some form of non-compliance with workplace laws”.

“Almost one in every two presented serious issues; that is, multiple indicators of non-compliance with workplace laws,” the Fair Work Ombudsman said.

According to the inquiry, many of the collectors were overseas workers “and vulnerable to coercion and exploitation”.

Trolley collectors for Woolworths are not direct employees of the supermarket and are instead employed by external businesses which provide trolley collection services.

“The Inquiry found that while Woolworths does have some governance systems in place, these have not been effective – and this has contributed to a culture of non-compliance by its contractors,” the Fair Work Ombudsman said.

The Fair Work Ombudsman said it and its predecessor agencies had investigated allegations against businesses providing trolley collection services to Woolworths for almost a decade.

The 2014 inquiry was concerned by an overall lack of improvement in compliance along with allegations of violence towards some trolley collectors.

“We were particularly concerned by allegations of threatening and intimidating behaviour towards trolley collectors at Woolworths sites in Queensland and South Australia,” the Fair Work Ombudsman said.

“Four trolley collectors complained that their employment had been terminated after they turned to the agency for help, with one saying the employer visited him at home “to pressure him to withdraw” his request for assistance,” the Fair Work Ombudsman said.

Woolworths has responded to the results of the inquiry by saying it cooperated with the 2014 investigation and said that if the investigation was to be conducted today, its arrangements would not draw criticism.

Woolworths said the latest report contains new information not previously provided to them by the Fair Work Ombudsman and so it has not been able to investigate into these matters.

“The report also contains a number of issues which Woolworths has been unable to investigate and despite repeated requests from Woolworths, the Fair Work Ombudsman has not provided the necessary details for us to enable an investigation,” Woolwroths said in a statement.

Woolworths says it also is now prompting its ‘Speak Up Helpline’ where misconduct issues can be reported and it has strengthened its procurement process through a new benchmarking tool.

“Woolworths takes all matters raised by the Fair Work Ombudsman seriously and has a zero tolerance approach to all non-compliance with workplace law,” the Woolworths statement said.

Heinz disappointed but “respects the decision” made in Shredz case
Heinz has said that it is disappointed but respects the decision made by the Australian Federal Cour...
Northern Australia set to go wild about rice
A new Cooperative Research Centre for Developing Northern Australia (CRCNA) project will lay the fou...
Food defence - defending against intentional harm
THE issue of malicious product tampering in strawberries is serious. Here's how to manage to manage ...
Consumers warned of unhealthy “natural” foods, WA research program
The Western Australian government’s ‘LiveLighter’ health program is warning consumers to not assume ...
World's oldest fermented drink now brewed in the Hunter region
Honey Wines Australia is currently the only operating meadery in the Hunter Region of NSW. The...
Technological innovation helps measure water stress of grapevines
A new Australian developed smartphone app is helping grapegrowers easily measure the water status of...
A2 Milk Company expands into South Korea
The A2 Milk Company has entered into an agreement with a pharmaceutical company that will see its pr...
Young Australian Farmer award of the year goes to Ben Martin
The Australia’s Young Farmer of the Year for 2019 award has been announced. Ben Martin is a 35 year...