Bulla fined over spilling litres of cream into stormwater drain 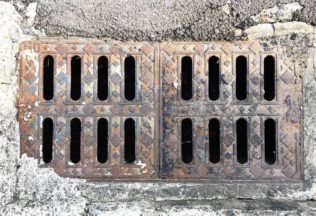 The incident, which occurred in late February 2017, saw the cream mix with stormwater and contaminate an estimated 30, 000 litres of water.

The cream did not reach Lake Colac but the EPA South West Manager, Carolyn Francis, said several small fish were found gasping at the surface of the contaminated water.

“EPA’s investigation found the spill was caused at the company’s Connor Street site after a valve within a bund where the cream was contained opened,” Francis said.

“The valve drain pip was connected via an unknown cross connection to the stormwater system, causing the cream to discharge offsite,” she stated.

Bulla arranged for the cream and contaminated stormwater to be cleaned up immediately after the spill with the EPA supervising the process.

“Due to the prompt action of the duty holder, they [Bulla] quickly initiated clean-up of the spill, preventing it from entering Lake Colac and averting significant environmental impact. A 12, 000 litre eductor truck was used to remove the contaminated water before it reached the lake,” Francis said.

The EPA still however decided to issue Bulla a AUD $7, 773 fine.

“The consequences of not ensuring you know where your waste discharges can have a significant impact on the environment and our waterways,” Fracis said.

“Duty holders should regularly audit their facilities to ensure that there are no unknown connection to the stormwater drain system,” she said.

Bulla’s General Manager of Operations, James Downey, said the leak was reported to the EPA immediately and that the company worked closely with the appropriate authorities to remove the cream residue, preventing it from entering Lake Colac.

“Corrective measures were implemented at our Connor Street plant to ensure no further issues could arise,” he said.

“Bull has an active sustainability program and are committed to the protection of our local environment,” Downey said.