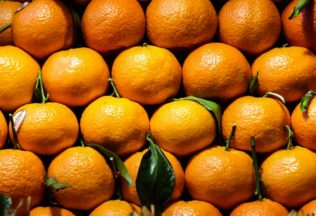 Australian farmers are growing more fruit and nuts tells the latest data released from the Australian Bureau of Statistics (ABS).

Findings from the ABS’ 2015-16 Agricultural Census found that production has increased in most fruit and nut commodities grown in Australia.

Queensland and Victoria were major contributors to the increase with fruit production jumping in both states.

Key statistics from the study included:

Australian farmers are growing more mandarins with production increasing by 24 per cent for 2015-16, or 24, 100 tonnes. This was driven by production in all states, but production in Queensland jumped by 23 per cent largely to an increase in the number of trees that can bear fruit.

Queensland accounts for 59 per cent of all of Australia’s mandarins.

Answering the demand for avocadoes

Australians can rest easy knowing avocado production reached record numbers in 2015-16, an increase of 39 per cent to 67, 000 tonnes.

Production levels jumped in all states, but particularly in Western Australia which increased its production by 53 per cent and Queensland which grew its production by 24 per cent. Both states now produce more than three quarters of Australia’s avocadoes.

Victoria, which is the largest apple growing state in Australia, accounting for 43 per cent of all apples, experienced a production fall by 1 per cent due to poor weather in the Goulburn Valley.

Hail damage also affected pear production in Victoria which produces 90 per cent of all of Australia’s pears. Despite the bad weather conditions, Victoria produced 93, 500 tonnes of pears in late 2015 and early 2016.

There is now 2 per cent less dairy cattle in Australia, with numbers dropping to 2.7 million in 2015-16. The drop came from Victoria, which accounts for approximately two-thirds of Australia’s dairy cows, but its farmers reported owning 6 per cent less cows.

There is also one per cent less meat cattle in Australia, with 302, 000 head reported. Western Australia was largely the cause for the drop with a 12 per cent fall in reported cattle.

The number of sheep and lambs remained fairly steady in 2015-16 except for in Victoria where numbers fell by 5 per cent.

The number of pigs increased by one per cent.

Wheat production falls by 5 per cent

Warm and dry weather conditions were the cause for the fall, with this weather p[particularly hitting the southern part of the country. Victoria experienced a 28 per cent fall in wheat production and South Australia an 18 per cent fall.

The total area planted with crops nationally fell by 8 per cent to 11 million hectares.

Australia’s oat production increased by 14 per cent in 2015-16 to 1.3 million tonnes. The ABS reported that the briefer growing period for oats was appealing to farmers experiencing a lack of rain.

In Queensland, grain sorghum production fell by 25 per cent to 1.2 million tonnes due to dry and hot weather.

New South Wales performed better with a 7 per cent increase to 604,000 tonnes produced despite a 12 per cent decrease in the area planted.

Barley production increased by 6 per cent to 9 million tonnes over 2015-16. The increase was attributed to timely rainfall, good weather conditions and a 3 per cent increase in planted area. New South Wales increase its production by 39 per cent.

The nation’s farmers are getting older with the average age of farmers now 56. The typical farmer now has 35 years experience under their belt.

Approximately 78 per cent of farmers are male whilst 22 per cent are female.

Farmers reported that 84 per cent of their farm income is from agricultural production holding, 12 per cent from off farm employment and business and 4 per cent from other sources such as relief funding.

Coca-Cola Australia launches POWERADE Active Water: A new sports drink innovation for sugar free hyd...
Coca-Cola Australia has announced the launch of a new product in the sports drink category, POWERAD...
Could this ad provide a sneak peek into the future of McDonald’s?
A new McDonald’s UK ad may signal a new future direction for the global fast food giant.
Kingaroy bacon festival is happening on the 23rd August 2019
All things bacon will be celebrated at the second annual BaconFest in Kingaroy from August 23- 25 2...
Lion acquires stake in Australian coffee company
Lion has acquired a minority stake in Schibello Coffee, owners of the Schibello, Arte Caffé and Clea...
Unilever and Smith’s pay penalties for misleading use of school canteen labelling in supermarkets
Unilever and The Smith’s Snackfood Company, which is owned by Pepsi Co, have each paid AUD $10, 800 ...
McDonald’s set science based greenhouse gas reeducation target
McDonald’s has become the first restaurant company to set approved science based targets to reduce i...
Woolworths colours checkouts for Possum Magic $2 coin issue
Woolworths is co-launching a limited-edition of colourful $2 coins featuring chracters from the icon...
Alcohol losing ground in the food pairing, dining experience moment
THE decline of alcoholic drinks continues as new non-alcoholic beverage products dare to tread in th...