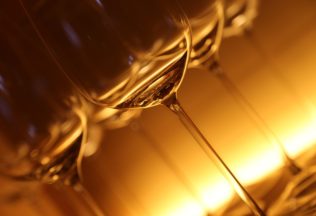 An organisation representing Australian wine makers says it has serious concerns about a draft government policy to address alcohol misuse.

The Winemakers Federation of Australia (WFA) says the Federal Australian Government’s draft National Alcohol Strategy is a good idea in premise but fails in targeting all consumers, rather than those most at risk of alcohol misuse.

Tony Battaglene, Chief Executive of WA, Tony Battaglene, said the policy as is will hurt moderate and responsible consumers whilst not helping those in need of intervention.

“There are several ideas in the draft NAS that we support, including national recognition of Responsible Service of Alcohol requirements, improved awareness and enforcement of secondary supply laws (regarding underage drinking) and more effective compliance activities around existing laws,” Battaglene said.

“However, the draft NAS includes population-wide measures such as taxation, pricing and advertising restrictions that will penalise responsible consumers and will not provide direct assistance to those struggling with alcohol abuse.

“We know that risky drinking has significantly declined in a range of demographic groups including underage drinking and young men in their 20’s. This draft NAS is a missed opportunity to really drill down into the causal factors behind those successes and to identify specific groups which still need interventions and assistance.”

The WFA has also said it is disappointed the draft policy “deliberately” excludes industry as a stakeholder in the proposed stakeholder Reference Group which will measure the progress of the strategy and its implementation.

“Australian winemakers work hard to create an environment, particularly at their cellar doors, where people can enjoy their wines responsibly,” Battaglene said.

“Winemakers want to be part of the solution to combat risky drinking, but we can only do that if we are considered full stakeholders in national strategies.