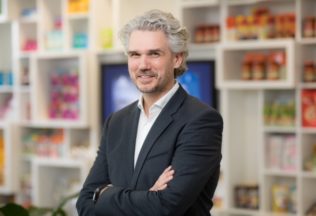 Mars Incorporated has appointed a new General Manager, Bill Heague, to lead Mars Food Australia, the local arm of one of the world’s most successful privately-owned manufacturing businesses.

Mr Heague originally joined the Mars company in 2008 as Sales Manager for Mars Food Australia, the manufacturer of some of Australia’s most loved food brands such as MASTERFOODS®, UNCLE BEN’S®, DOLMIO®, KANTONG®, PROMITE® and SEEDS OF CHANGE™.

Following a successful five-year stint with Mars Food in Australia, delivering continuous growth and gains in market share, Mr Heague relocated to Europe to take up the role of Market Director, Multisales, for Mars in the Czech Republic and Slovakia. In this role, which was part of the newly formed Central Europe cluster, he played a central part in the transformation of the cluster and the integration of Wrigley into the Multisales business.

Mr Heague has managed Mars’ Irish Multisales business since 2018 in a challenging business environment which included managing the uncertainties generated by Brexit.

Mr Heague said he is thrilled to be returning home to Sydney and taking up his new role with Mars Food Australia.

“I’m a foodie at heart and very excited about the major advances and significant challenges we are seeing in the food industry, both in Australia and around the world, and the innovation that our business can bring to the table,” Mr Heague said.

“I’m a firm believer that dinner time matters, and we know that finding opportunities to cook and share meals with family and friends is good for both physical and mental wellbeing. It’s the foundation of our business, side by side with providing healthy, easy, affordable and tasty meal options.”

Mr Heague will take up the new role from today, 1 November 2019, and is currently in the process of relocating back to Australia. He will be working out of Mars Food Australia’s head office and manufacturing plant at Wyong on the NSW Central Coast, and its satellite North Sydney office, from 13 November 2019.