When iconic flavours collide one sweet, shattering bite at a time 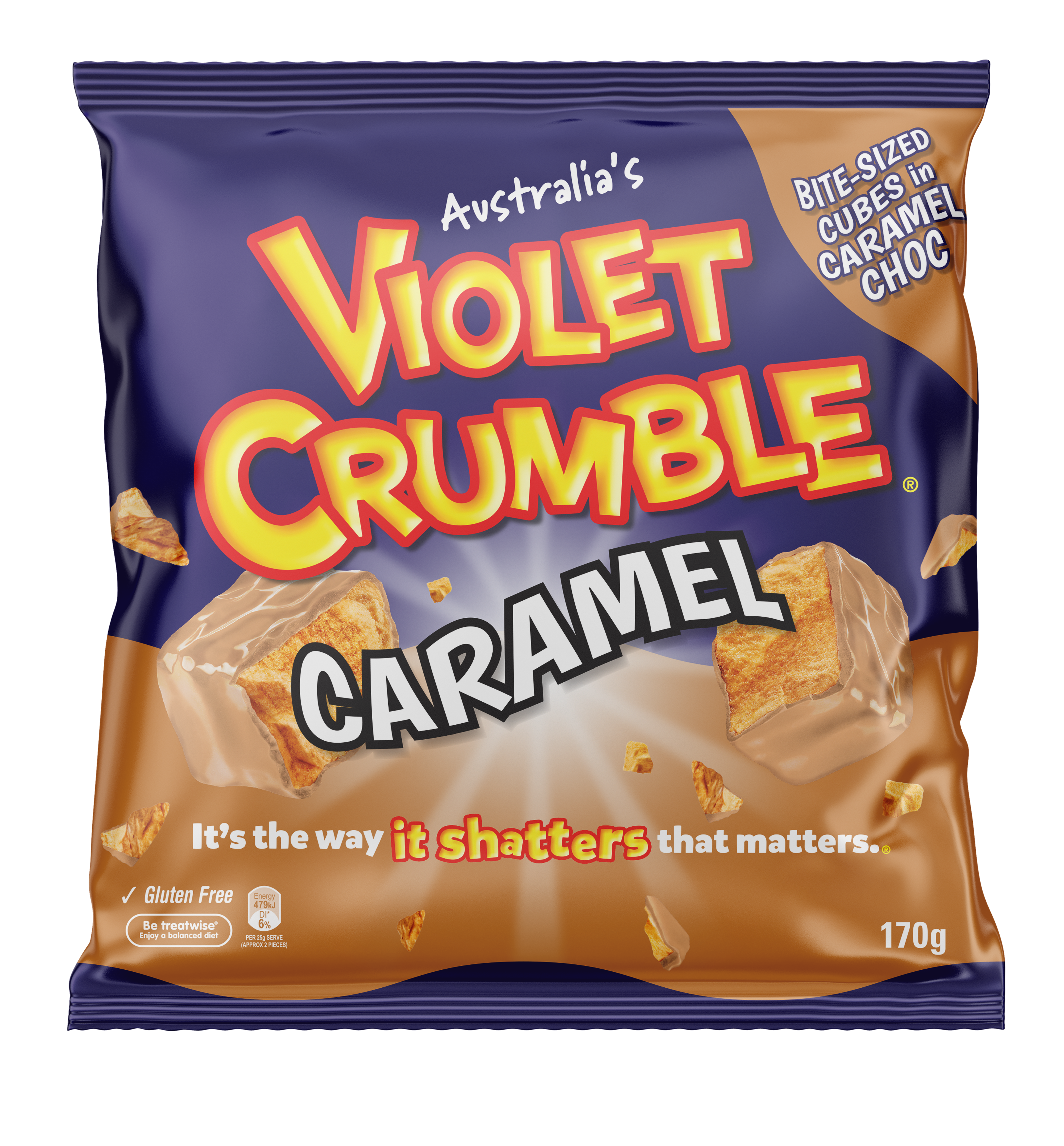 Not surprisingly, a new study commissioned by Violet Crumble, has revealed more than half of Aussies believe that honeycomb and chocolate are iconic flavours of the past decade.

However, a new player was revealed with 28% agreeing caramelised white chocolate is an iconic flavour combination.

“We thought, well there you go 83% of Aussies can’t be wrong, so let’s see what happens when two of Australia’s favourite flavour combinations collide. The result is something truly iconic,” says Phil Sims, CEO of Robern Menz, who produces Violet Crumble products from their Adelaide-based factory.

Coming at a time when Aussies need a treat thanks to 2020, Violet Crumble Caramel is positioned as the flavour combination of the decade that will help you forget the past eight months.

Phil Sims, CEO of Robern Menz continued; “It’s been a challenging year for all Australians, to say the least, and we know that our sweet flavour combinations offer some satisfying relief and escapism, bringing some fun back into the day and shattering cravings.”

“When we first trialled the new flavour combo we instantly knew we were on to something. You bite into that smooth caramel flavour, followed by the shattering sharpness of the honeycomb and it smells incredible!”

“When we took ownership of Violet Crumble, and began producing it here in Australia, we had the freedom to innovate and trial different formats and flavours of the iconic bar to appeal to constantly evolving trends, and with Caramel we really did it, we’re onto a winner.”

The Violet Crumble Caramel 170g bag is available nationally in Woolworths stores and online at an RRP of $4.40.

Co-Lab Pantry; one of Melbourne’s newest food retail platform
Newly launched Co-Lab Pantry is an online retail hub offering high-end pantry staples, meals, drin...
One person’s ban is another person’s bonanza
THE move away from plastic shopping bags has created demand for alternatives, including a return of ...
Farmer’s wife and Mum creates award winning food range to help her family weather the drought and fi...
The Tweed is home to one of the region’s most reputable farming families ‘The Foysters’. Now in the...
Gluten free eating linked to increased diabetes risk
American scientists have found evidence that unnecessarily following a gluten-free diet could place ...
How Emma & Tom's created a winning distribution system
PEOPLE are happier when they are healthier - so if you eat well, you stay well, Tom Griffith, co-fou...
Teaspoons labelling leads in calls to control demon sugar
EFFORTS to reduce the dietary demon sugar are starting to resemble those marshalled against nicotine...
Dairy farmers angry at milk price cuts
A group of Australian dairy farmers are extremely unhappy with the pricing decisions by both Murray ...
CHOICE relaunches its campaign against “fake” free range eggs
Disappointed by the April 2016 decision by Australia’s Consumer Affairs ministers to agree to a nati...