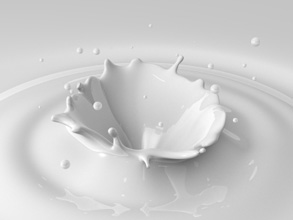 Reports of Murray Goulburn making a solo bid for Dairy Farmers early last week appear to be accurate, with the company asking for approval of a potential takeover of Dairy Farmers from the Australian Competition and Consumer Commission.

Murray Goulburn was initially planning to make a joint bid with Parmalat, but the two companies could not come to terms on an appropriate deal. Negotiations between the two officially ceased a week and a half ago.

With Murray Goulburn re-entering the race the bidding for Dairy Farmers is reportedly between the National Foods – Warrnambool Cheese and Butter joint venture, Murray Goulburn and Canadian dairy firm Saputo – who are yet to publicly confirm their interest.

National Foods still appear most likely to gain control of the Australian dairy co-operative given their strong financial backing from Japanese brewer Kirin and their willingness to licence some of their brands in order to appease the ACCC’s competition concerns.

The ACCC are inviting submissions from interested parties regarding the Murray Goulburn proposal until Thursday with a final announcement due on Thursday week (28th August 2008).

More information about submissions can be found at: www.accc.gov.au/content/index.phtml/itemId/839555/fromItemId/750991.