Posted by Editorial on 17th November 2008

A Newspoll survey of 1000 Australian shoppers, commissioned by the Organic Federation of Australia (OFA), discovered that 61 per cent of Australians buy organic – up from 43 per cent in 2003 (according to a University of Central Queensland study). The rapid rise is not surprising given the growth of the industry over the past four years. 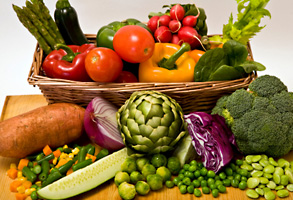 The Australian Organic Market Report, released in July this year, established that retail value (incorporating imports and adjusting for exports) was estimated above $0.5B for the first time. Retail value reached $578,000,000, with reports of between 10 and 30% growth per annum for some sectors since the last report in 2004.

The trend toward health and wellness and the desire of many consumers to become “green”, is likely to see continued success over coming years. The economic downturn may limit growth in the next year, however.

“The organic industry is emerging from a small niche to a significant part of the Australian food industry,” OFA Chairman, Andre Leu, noted in a statement.

“The Organic Federation of Australia would like to see industry and governments prioritise organic sector investments so that we can continue to facilitate more viable farms, increase employment and expand the range of organic goods and services across all areas of Australia,” Mr Leu said.