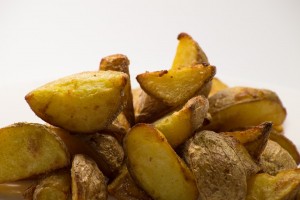 A new study published on the 13 January 2016 by the British Medical Journal (BMJ) has found a link between excessive potato consumption and gestational diabetes (diabetes during pregnancy).

Researchers from Eunice Kennedy Shriver National Institute of Child Health and Human Development and Harvard University tracked 15,632 women who were part of the Nurses’ Health Study II and who became pregnant over a 10-year period (1991-2001).

They had no previous gestational diabetes or chronic disease before pregnancy.

Consumption of potatoes and other foods was assessed every four years and cases of gestational diabetes were ascertained from self-reports of a physician diagnosis of GDM, which was validated by medical records.

Over the 10 year follow-up period, the team identified 21,693 single pregnancies of which 854 were affected by gestational diabetes.

After taking account of other risk factors for gestational diabetes such as age, family history of diabetes, physical activity, overall diet quality, and BMI, they found that higher total potato consumption was significantly associated with an increased risk of gestational diabetes.

However, substituting two servings of potatoes a week with other vegetables, legumes, or whole grain foods was significantly associated with a 9-12% lower risk.

The authors point out that potatoes have a high glycaemic index compared with other vegetables, so can trigger a sharp rise in blood sugar levels, and this could be one explanation for the findings.

Potatoes are one of the world’s most commonly consumed foods. US dietary guidelines continue to include potatoes in the vegetable food group and encourage consumption, though previous studies suggest that potatoes can have a detrimental effect on blood sugar levels due to their high starch content.

The researchers acknowledge study limitations and because of the observational nature of the work no definitive conclusions can be drawn however they ultimately conclude that higher levels of potato consumption before pregnancy are associated with greater risk of gestational diabetes.

Scientists find reason behind low vitamin c levels and accelerated leukaemia
American scientists have discovered a reason why low vitamin C levels may speed up the development o...
Mondelez considers moving NZ Cadbury factory production to Australia
Mondelez International says it is considering closing its Cadbury chocolate factory in Dunedin in 20...
Alcohol facilitates creative thinking finds researchers
Some people think they are creative geniuses once they have had a drink or two and researchers have ...
Women with eating disorders more likely to be criminals
Females who have eating disorders are more likely to have been convicted of theft and other crimes a...
Australian opportunity to help supply China’s top drink
Research is underway to help Australian farmers better understand Chinese customers’ needs for sorgh...
CUB wins back Corona and Stella Artois from Lion
Carlton United Breweries (CUB) has won back the right to import Corona and Stella Artois beer into A...
Aussie NZ rivalry leads to global butcher competition
An annual event since 2016, the World Butchers Challenge was born out of a 2011 competition that saw...
Not your normal beer: Kellogg's releases beers that are made from Coco Pops and Rice Krispies waste
The food-manufacturing giant, Kellogg's, has joint forces with Salford Brewery Seven Bro7hers to us...