American government introduces mandatory GMO food labelling in the US 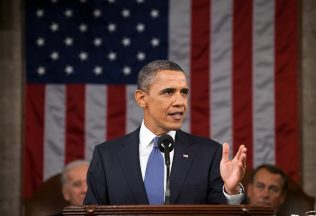 Food and beverage producers will soon be required under a new American federal law to declare if any genetically modified (GMO) ingredients have been used in a product.

The new legislation, which was an bipartisan agreement, will mandate that companies make the declaration on the packaging either through text, a label or an electronic code which can be read by smart phones.

The US Agriculture Department has been given two years to formalise implementation. This leaves open a possibility that something might change in the interim.

The Federal decision to introduce the law comes after US state, Vermont, started to enforce a GMO labelling law in July 2016. The law was first passed in 2014 and will be void with the new federal law coming into effect.

Advocates for the Vermont law have campaigned against the new federal law, saying it was not as stringent as the new Vermont state law. Whilst the federal law gives food and beverage producers three options for declaring GMO ingredients, Vermont’s laws required producers use the term “produced with genetic engineering”.

“Companies will also be able to opt out of clear accessible on-package labelling by using digital “QR” codes that will become unreadable by approximately half of rural and low income Americans without access to smartphones or cell service,” a group of GMO activists claimed.

Some parties against the law in its current form say companies will avoid labelling their products as GMO if they contain oils and sweeteners made from GMO ingredients as it removes any proof of GMO for refined oils and sugars.

GM foods, ingredients, additives, or processing aids that contain novel DNA or protein must be labelled with the words “genetically modified” within Australia. However, there are a number of carve-out exceptions spelt out in Standard 1.5.2 such as for refined products.

McDonald’s set science based greenhouse gas reeducation target
McDonald’s has become the first restaurant company to set approved science based targets to reduce i...
Top five food and beverage trends for 2017, Innova Market Insights
‘Clean and clear’ labelling, plant-based products and less sugar are amongst the Innova Market Insig...
Fonterra turns Australian results around
New Zealand dairy company, Fonterra, has announced its 2016 financial year results, reporting turnar...
Is sweet potato juice the next big ‘healthy’ sweetener?
A United States company has launched a new sweetener made from sweet potato, pitching it as a “clean...
“Global banana industry could be wiped out in just five to 10 years”, leading scientists
A group of scientists are warning that bananas could become a delicacy within ten years unless a sol...
Is Australia missing greater opportunities for fruit exports to China?
A list of fruit that is permitted to be imported into China, organised by country, could be a source...
Arbitration tribunal awards Danone damages over 2013 Fonterra recall advice
An arbitration between Fonterra and Danone over a 2013 recall has awarded Danone the equivalent of A...
Cooking shows are not great demonstrators of food hygiene practices finds study
TV cooking shows might be good for getting people into the kitchen but they are not great at demonst...