Australians feel stigmatised for not drinking 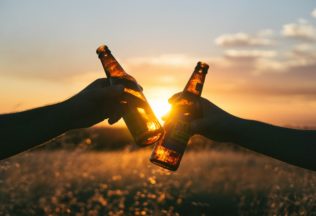 A University of Adelaide study has found Australians trying to cut back their alcohol intake often feel stigmatised for “violating expectations” around drinking in their social circles.

Published this week in the Drug and Alcohol Review journal, the research conducted by PhD student, Ashlea Bartram, also found those trying to reduce alcohol intake routinely make excuses to remove themselves from drinking situations.

“In interviews with participants, it became quite clear there is a stigma attached to people cutting back on alcohol or stopping it altogether,” Bartram said.

“It’s as though some kind of social code has been violated by the person who has chosen, for whatever reason, to stop drinking,” she stated.

Due to the stigma, Bartram says non-drinkers often become skilful at masking the fact they are not drinking or they provide excuses like being unwell or having to drive. Those who use lies say they often feel uncomfortable not telling the truth to their family and friends.

“As a result, people who want to cut back on alcohol often find themselves making excuses not to attend social gatherings. They will also seek to make other arrangements so that social gatherings are not focused on activities normally associated with alcohol consumption,” Bartram said.

“Those who found new ways to spend time with their peers that weren’t focused on alcohol often find it’s the best approach. Some have received strong support from their loved ones, and others have reported improved quality of social interactions – such as meaningful conversations – when alcohol is taken out of the equation,” Bartram said.

Further research will be conducted on the subject matter with the end aim of developing strategies to better support those trying to change their drinking habits.

Ms Bartram is now looking for Australian men to discuss their experiences of a close friend or family member stopping or cutting back their drinking. All personal information will be kept confidential and those interested can contact ashlea.bartram@adelaide.edu.au or phone 08 8313 6880.

Judging for the 2019 Australian Food Awards begins
Entries for the 2019 Australian Food Awards (AFA) have closed for another year as The Royal Agricul...
Family enterprise guru to speak in Australia
World of Business Ideas (WOBI) is promoting its November 2019 event for family owned businesses. Th...
Sugar being eliminated in Domino’s ‘Next Gen’ beverage move
Domino’s has partnered with Australian start-up, Nexba, to start selling a new sugar-free, “all natu...
Bega ditches Vegemite’s creative agency after 74 years
Bega has decided to ditch Vegemite’s creative agency JWT after 74 years of the agency working with t...
Monk fruit extract approved for ANZ as an intense sweetener
INTENSE sweeteners made from monk fruit extract will soon be available for sale in Australia and New...
Cadbury Creme Egg fans go into meltdown over new frozen treat
Australia’s oldest and most iconic ice cream brand, Peters, has partnered with the nation’s favouri...
Woolworths signs deed with Fair Work following trolley collector exploitation report
Woolworths has a signed a proactive compliance deed with the Fair Work Ombudsman committing to prote...
Body chemical levels can increase the risk of obesity
US scientists have discovered middle-aged adults who have high-levels of a particular body chemical ...