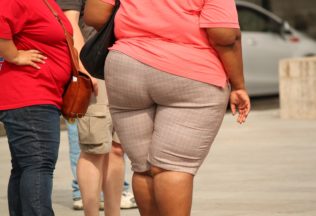 The results from the CSIRO’s 2016 Healthy Diet Score are in and unfortunately most Australians have not fared well.

After surveying 86, 600 Australians to give their diet a score out of 100, the CSIRO has concluded that four out of five have a “below par diet”.

As many as 80 per cent received a score, below 70, which is the benchmark score.

The study found junk food is one of Australia’s biggest diet downfalls with nearly 99 per cent of the nation eat some form of junk food throughout the week. On average, Australians eat almost 19 serves of ‘discretionary foods’ each week including alcohol, confectionery and sugar-sweetened beverages.

“We find that there is often a tendency to under-report on certain types of food, so in all likelihood that figure is even higher,” said Professor Manny Noakes, Research Director at CSIRO.

The average Healthy Diet Score for women this year is 60 whilst it is only 56 for men.

In general, men tend to overindulge in alcohol whilst women usually eat too much chocolate and confectionary.

Older Australians scored better than younger ones who also eat too much chocolate and confectionary. Alcohol is usually the vice of older Australians.

All is not lost

Despite the poor scores, all hope is not lost for Australia’s health says Professor Manny Noakes.

“All people need to do is halve the bad and double the good,” she said.

“In other words, halve the amount of discretionary food you eat and double your vegetable intake.”

Those who did not participate in this year’s health score can still complete the survey online through the CSIRO to find out their own personal score.

Linkage between nutrition and flu immunity
The cold and flu season has begun and the importance of good nutrition when it comes to your immune ...
"We consume over 74,000 microplastic particles a year" - a study suggests
Austrlian Science and Media Centre (AusSMC) has reported that humans consume more than 74,000 micro...
Baby formula to go behind the counter at some Coles supermarkets
Coles has announced that it will take infant formula off the shelves in some stores, placing it behi...
Summer Gin Market has launched
The Craft & Co have had many gin markets to signify the seasons throughout the year, but can yo...
Bellamy’s requests ASX-share trading halt
Bellamy’s Organic has requested an Australian Securities Exchange trading halt until the commencemen...
Australia’s advanced agriculture industry positioned for success
The leader of one of the world’s largest food companies, Sunny Verghese, has labelled Australia’s ag...
Supermarkets increase dominance in fresh food
Australia’s total fresh food market, comprising meat, bread, deli, fruit + veg and seafood, now has ...
Beforeyouspeak coffee launches new Ready-To-Drink range
There is no doubt that coffee is a staple for much of the Australian population, with research from...