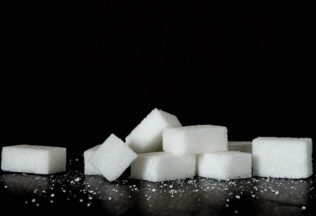 Disadvantaged groups would not be unfairly punished if a sugar tax was applied to drinks sold in Australia says a new study by Deakin University’s Global Obesity Centre.

Deakin researchers found that although the price of soft drinks would increase with a sugar tax, lower socioeconomic groups would save the most on health care due to improved health.

“A 20 per cent tax on sugar sweetened beverages is likely to decrease purchase and consumption, leading to significant health gains and healthcare cost-savings across all socioeconomic groups,” said researcher, Anita Lal.

“However, as a percentage of household expenditure, we found that the lower socioeconomic groups will save the most in out of pocket health care costs,” she said.

According to the research, if a 20 per cent tax on sugar-sweetened beverages were applied, on average, each Australian would pay $30 extra on soft drink per year.

Research supervisor, Professor Anna Peeters, said that if any tax collected from sugary drinks was invested back into disadvantaged communities, the tax would provide further benefits.

“In Australia right now almost two in three adults are overweight or obese, and a quarter of all children,” Professor Peeters said.

“We know that sugar sweetened beverages are playing a big role in that, and something has to be done,” she stated.

Australia’s best beers announced at AIBA awards
Victorian brewery White Rabbit has taken out Champion Australian Beer at the 2017 Australian Interna...
Citrus industry calls on major Australian retailers to lift juice price
Citrus Australia says major retailers must lift prices to juice growers, who are facing a decline i...
Pork finds sales success with marketing drive
Promotion and sales of pork has paid off in increased Australian retail sales of the meat Nielsen re...
The Return Of The Macadamias Innovation Challenge
Celebrating new and creative winning ideas, the Australian Macadamias Innovation Challenge inspires ...
Added sugar consumption unsweetened by Heart Foundation
Australian teenage boys are eating more than 10kg of free sugar from soft drinks alone, prompting th...
A2 Milk Company suing Lion over “naturally contains A2 protein” claim
The A2 Milk Company is suing beverage company, Lion, for using the statement, “naturally contains A2...
Heads of Agreement signed for potential recycling plant in Australia
Coca-Cola Amatil announced it had entered into a Heads of Agreement with global leader in resource ...
Murray River Organics enters +$1b breakfast cereal category with Coles
MRG has launched, in partnership with Coles supermarkets, the Murray River Organics brand in the +$...