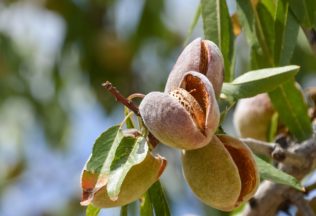 Almond producer Select Harvest says its 2018 almond crops were impacted by NSW frosts in 2017 but crops elsewhere have helped make up the shortfall.

The company however said its Victorian and South Australian orchards have made up for the smaller NSW crop.

In the 11 April 2018 ASX update, Select Harvest said it had already harvested 90 per cent of its 2018 crops and it expects the remainder should be harvested within the next fortnight.

Select Harvest estimates its crop to be in line with its initial 15, 000MT estimate.

Managing Director of Select Harvest, Paul Thompson, said it is encouraging to see the ongoing global growth in the consumption of almonds, in particular the Asian markets.

“It can be seen across all categories: breakfast, bakery and even indulgent snacking,” Thompson said.

“We anticipate continued strong growth in the consumption of almonds.

“With 34 per cent of our orchards yet to mature, Select Harvests is perfectly placed to support this increase in demand.

“From a horticultural prospective our orchards are healthy. The 2018 frosts will have no impact on our future crops. We are looking forward to a good crop in 2019.”