CSR launches ‘better for you’ sugar 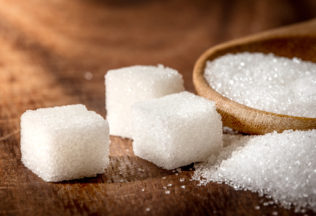 ON the same day doctors linked diabetes to an elevated risk of developing cancer, CSR Sugar launched its new “better for your” Lite Reduced Calorie Sugar.

A major medical review on Friday announced patients with type 1 or 2 diabetes, particularly women, have a significantly elevated risk of developing cancer.

Women living with diabetes were 27 per cent more likely to develop cancer than women without diabetes, according to findings drawing on data from almost 20 million people.

The research by the George Institute for Global Health found women have a higher-than-average risk of developing oral, stomach and kidney cancer, and leukaemia.

However, their risk of developing liver cancer was lower than men’s.

For men with diabetes, their overall risk of cancer was 19 per cent higher than for men without diabetes.

Lead author Dr Toshiaki Ohkuma, from the Australian George Institute, said the link between diabetes and the risk of developing cancer was firmly established but it’s the first time that researchers have quantified site-specific cancer risk.

Also in this edition of Australian Food News

Doctors say there is no direct link between eating sugar and developing diabetes, however eating too many sugary foods can lead to weight gain and that is a key trigger for the most common form of diabetes: type 2.

But eating too much of any unhealthy food can lead to weight gain, not just those high in sugar, and not to mention the role exercise plays in reducing weight gain.

That said, it was interesting timing for CSR also on Friday to announce its new Lite Reduced Calorie Sugar is hitting the shelves next month.

“Ever wanted to eat a piece of cake and not feel the guilts after? Now you can have your cake and eat it too …,” the blurb says.

“The new product has been carefully developed to meet the growing demand of ‘better for you’ options when it comes to sugar.”

CSR says the sugar provides the same sweetness and flavour as cane sugar but with 45 per cent less calories.

It is made with caster sugar and “natural sweeteners Erythritol (cultured sugar using a natural process) and Stevia (derived from the leaves of the Stevia Rebaudiana Bertoni which contains dipertenes)”.

CSR Sugar Marketing Manager Melissa Clayton says Australians are becoming more conscious of what they are putting in their mouths.

CSR is looking at ways to innovate to meet the growing demand for options that are better for customers.