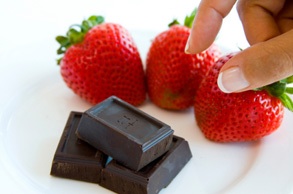 In spite of, or perhaps because of, tough economic times, many Americans are clinging to their smallest, most indulgent pleasures, with chocolate, alcohol and cigarette sales remaining solid.

“Chocolate, cigarettes and alcohol again seem relatively recession-proof,” commented Marcia Mogelonsky, senior analyst at Mintel. “People might be cutting back or switching to store-brands, but they definitely aren’t giving up their small daily indulgences.”

Ms Mogelonsky points out that most Americans can still afford chocolate, cigarettes and alcohol, no matter how much their finances have been cut. “Because people are being so cautious with their spending, they feel they are entitled to small rewards and they won’t give them up easily.”

Chocolate
The sweet tooth does not seem to be connected to the hip pocket, with Mintel reporting the chocolate market growing quickly.

Innovative, dark and premium chocolates are extremely popular, so Mintel expects Americans to continue indulging in this favorite treat. The market research firm predicts 4% annual sales increases each year for the next six years.

Cigarettes
A common vice, many smokers aren’t kicking the habit, even as prices continue to rise and health warnings abound. Cigarette and tobacco product sales increased 44% from 2003 to 2007 (to $103 billion), according to Mintel. As price and tax increases continue to take hold, Mintel projects that the cigarette and tobacco market will grow 28% through 2011 (to $132 billion).

New research from Mintel reveals the market for at-home alcohol is expected to reach $77.8 billion in 2008, a 32% increase from 2003 and the expectation is that both in-home and out-of-home alcohol sales will rise steadily in coming years.

History seems to be repeating itself, as the chocolate, cigarette and alcohol markets remain steady and robust. Mintel notes a sharp contrast to many other food, beverage and leisure categories, which struggle as fuel prices rise and the economy stumbles.

Vanilla Bean scarcity a blow to chefs and food industry
A Fijian company has identified the recent record high world prices for vanilla beans as a business...
Bundaberg Ginger Beer’s huge surprise success in US
Bundaberg Ginger Beer is the latest Australian company to become a huge success in the United States...
Over a third of UK dog food buyers think pets should regularly have plant-based meals, Mintel report
43% of dog food buyers believe that limiting red meat is healthier for their pet 42% of dog and cat...
China insights report: Chocolate opportunities
China chocolate sales have more than doubled over the past decade, and are lined up to be the countr...
Vegetables - great for today, even better for tomorrow: plenty of choice at your vegetable aisle thi...
Australian vegetable growers have worked tirelessly though a cold and windy winter to make an array...
Super-Size Me 2 takes on fast food industry again
Film maker, Morgan Spurlock, is releasing a follow up to his 2004 movie documentary on McDonald’s, S...
World pharmacy news update: (1) Pain killers finding of heart attack risk; (2) J&J loses in big dama...
Those prescribing non-steroidal anti-inflammatory drugs like ibuprofen are being asked to consider t...
US grocery industry trends and predictions June 2019 by CBRE
International real estate and business agency CB Richard Ellis ( CBRE) has issued a report ( June 2...