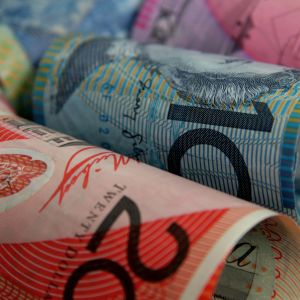 AFGC Chief Executive Kate Carnell said several leading food companies are being heavily impacted by the new workplace laws which came into effect on July 1 and face no choice but to pass on the significant freight and wage costs – ranging in the millions of dollars – to consumers.

“There has been a significant increase in the cost of carrying cargo around the Australian coast so many food and grocery companies will be forced to pass on this cost burden which ultimately affects consumers buying products from supermarket shelves,” Ms Carnell said.

AFGC highlighted another downside under the Fair Work legislation was that many Australian manufacturers will now be compelled to use higher cost, less environmentally sustainable land-based transport to move cargo.

“This obviously pushes the freight of goods back on to Australia’s already congested highways and increases the emissions output of industry,” Ms Carnell said. “Also, companies believe that freight prices could further increase from less competition to long-haul rail services.”

One leading Australian vegetable processing company has estimated it will be forced to pay more than $7.4 million extra in annual freight costs in switching from coastal shipping to road/rail transport. Other companies have also reported up to a 10 per cent increase in the cost of moving freight from Melbourne to Brisbane and Perth.

The new workplace legislation – which excludes ships operating under single-voyage permits – has been extended to foreign-flag ships moving cargo between Australian ports. Under the previous policy, the costs of shipping local cargo, including food products, on foreign vessels was cheaper because of lower labour costs.

“While the new laws assert fairness, food and grocery companies believe that if foreign vessels are only carrying coastal cargo incidental to Australia’s foreign trade, it’s grossly unfair to impose additional costs because the work of those seafarers is primarily concerned with foreign trade.”

Ms Carnell highlighted that food and grocery manufacturers – who employ more than 315,000 Australians – were already under intense operating pressure in Australia.

Grant money for food producers to reduce salt
GRANTS of up to $25,000 are available to help start-up and SME food producers reduce salt in their p...
Innovative Australian pulse foods in sight
Imagine siting down to a breakfast chickpea flakes? This situation may be a reality if a new Austral...
Alcohol losing ground in the food pairing, dining experience moment
THE decline of alcoholic drinks continues as new non-alcoholic beverage products dare to tread in th...
Glou: Melbourne’s Newest Wine Store with a Sustainable Difference
When thinking of wine-on-tap, what comes to mind is cheap, poor quality rubbish. Collingwood’s late...
Kingaroy bacon festival is happening on the 23rd August 2019
All things bacon will be celebrated at the second annual BaconFest in Kingaroy from August 23- 25 2...
Will the arrival of AmazonFresh really shake up Australia’s supermarket industry?
There has been much hype surrounding the now confirmed entry of AmazonFresh into Australia. But will...
'Hacktervising': Issues bonding buyers to brands
HACKTERVISING or hacking into trending cultural moments by non-traditional and often intrusive means...
Poo study finds diet preferences and metabolism can be genetically inherited
A UK study of over 1, 000 pairs of twins has found organisms that influence diet preferences, metabo...