Is low-fat milk really better for you? 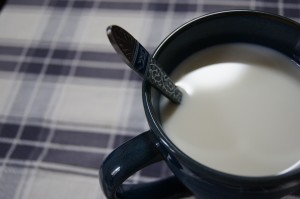 The research, which is published in Issue 8, Volume 1 of Nutrients Journal, further found that full-fat dairy may be just as beneficial for cardiovascular health as low-fat products.

Researcher Dr Therese O’Sullivan of Edith Cowan University’s School of Medical and Health Science said the eating habits of 860 WA teenagers from early to late adolescence were studied in order to come up with the findings.

“We have long been recommending people eat low-fat dairy on the assumption that because it has less calories and less saturated fat it is healthier for you, but there was very little out there in terms of good evidence that this is the case,” Dr O’Sullivan said.

“When we examined the cholesterol profile of these teenagers we found that those who ate more low-fat dairy were no better off,” she said.

“In fact, we were able to show that for teenage boys, full-fat dairy consumption was associated with a slightly better cholesterol profile than low-fat dairy. Intakes of both low-fat and regular fat dairy products were associated with better blood pressure in boys,” Dr O’Sullivan stated.

The researchers also examined the waist to height ratio of the teenagers in the study to evaluate obesity and found no link between the type of dairy eaten and obesity.

“Given that it has less calories per serve, it was assumed that low-fat dairy would help children and teenagers maintain a healthy weight, but we found that neither low fat nor regular fat products increased risk of obesity” Dr O’Sullivan said.

“This could be because children and teenagers are actually quite good at regulating their food intake, so eating full-fat dairy makes them feel more full, potentially reducing their consumption of other foods, but this is something that requires further research,” she said.

Dr O’Sullivan is planning to run a dietary trial looking at the health implications of low-fat versus full-fat dairy in children later in 2016.

New direction for TGI Fridays Australia
The Australian arm of TGI Fridays restaurant chain has appointed a new leadership team to execute a ...
Australian winegrape prices increase, Wine Australia Vintage Report 2016
Wine Australia has reported an increase in the average purchase price of winegrapes in its Vintage R...
RFG requests ASX trading halt
The Retail Food Group has entered into an Australian Securities Exchange trading halt.
Subway to phase out plastic bags in Australia
Australia’s largest quick service restaurant Subway has announced that it will be eliminating the us...
Coles Brand Roadshow is coming to Melbourne CBD
Coles, Food innovation Australia (FIAL) and the Victorian Government are running a free industry bri...
Catch up on food and beverage mergers and acquisitions
THE Australian food and beverage sector will continue to be a focus of merger and acquisition activi...
Promise of Spring as Woolworths Group quarterly results show successes in key areas
Woolworths Group Ltd (WOW) has reported its results for the September quarter of FY17 to the ASX.
Getting that good gut feeling just got a whole lot easier
The Culture Co. continue to serve up a daily dose of goodness with the launch of its latest single ...