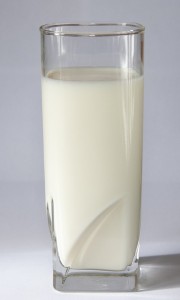 Organic milk and meat contain approximately 50 per cent more omega-3 fatty acids than non-organic options according to a new study published yesterday in Volume 115, Issue 5 of the British Journal of Nutrition.

The largest study of its kind, scientists from Newcastle University in the UK reviewed 196 academic papers on milk and 67 papers on meat to find a “clear differences between organic and conventional milk and meat, especially in terms of fatty acid composition, and the concentrations of certain essential minerals and antioxidants”.

The scientists further stated that the data shows “a switch to organic meat and milk would go some way towards increasing our intake of nutritionally important fatty acids”.

“Western European diets are recognised as being too low in these fatty acids and the European Food Safety Authority (EFSA) recommends we should double our intake,” Professor Seal said.

“But getting enough in our diet is difficult. Our study suggests that switching to organic would go some way towards improving intakes of these important nutrients,” he stated.

The study showed that the more desirable fat profiles in organic milk were closely linked to outdoor grazing and low concentrate feeding in dairy diets, as prescribed by organic farming standards.

The problem of iodine

As part of their work researchers also discovered that non-organic milk had 74 per cent more iodine than organic options.

Researcher Gillian Butler said this information was important as humans can experience health implications if too much or too little iodine is consumed.

“There is a relatively narrow margin between dietary Iodine deficiency (<140 µg/day) and excessive intakes (> 500 µg/day) from our diet which can lead to thyrotoxicoxis [thyroid problems],” said Butler.

“Optimising iodine intake is therefore challenging, since globally there seems to be as much concern about excessive rather than inadequate intake,” Butler sated.

Researchers said that in the USA China, Brazil and many European countries, iodine fortified salt is widely used and elevated levels in milk may increase the risk of excessive intake for individuals with high dairy consumption. For this reason the European Food Safety Authority (EFSA) has proposed a reduction in the permitted level of iodine in cattle feed from 5 to 2 mg iodine per kg of feed.

The daily recommended intake of iodine in the UK is 140 µg/day and just over half comes from dietary sources other than milk/dairy products. Based on results from the study, half a litre of milk would provide 53% of and 88% of the daily recommended intake from organic and conventional milk respectively. However, pregnant and breastfeeding women have a higher iodine requirement (250 µg/day) and are therefore more at risk of iodine deficiency, which could affect neurological development in babies.

Coeliac disease linked to weaning in winter, Swiss research
Swedish researchers have discovered where and when a person is born can either increase or decrease ...
Australian seafood industry depends on exports, IBISWorld
New research from IBISWorld has found Australia’s fishing and seafood processing industries are beco...
Tuna fish — Quartz Obsession issue of startling statistics
According to statistics published June 2019  on Quartz.com, here are some important facts and stati...
Israeli chutzpah lies at the heart of America’s favourite coconut drink
Ira Liran cofounded Vita Coco, a globally successful coconut-water business, with no retail experien...
Oprah ventures into supermarket foods with Kraft Heinz
Oprah Winfrey is making her first foray into supermarket foods with help from Kraft Heinz.
Australian almond & walnut grower giant taken over by Canadian pension fund
Webster Ltd. (WBA.AU), one of Australia's biggest growers of walnuts and almonds, said it has agree...
Blueberries could help fight baby blues
Blueberries and supplements could be the key to eliminating the “baby blues” says a group of Canadia...
Coles to take centre stage in Aussie AFL footy games
Coles has been announced as the "official supermarket partner" at all AFL and AFLW games in 2020 to...