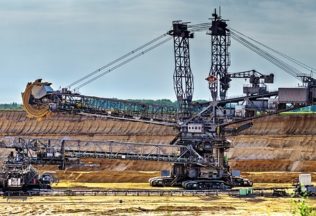 The fall in profits has mostly been attributed to significant writedowns largely due to the Target department chain and Wesfarmers coal investments.

Reflecting on the results, Managing Director of Wesfarmers, Ricard Goyder, said in a video address that throughout the financial year all of its retail businesses, except for Target, performed strongly.

“It’s difficult in the resources sector at the moment, for both our industrial safety division and resources business and certainly we are having some difficult times at Target,” Goyder said.

“The shareholders know we made impairments in both Target and our coal mining businesses which reflect the trading conditions in these businesses,” Goyder stated.

Outside the Coles earnings increase, the supermarket also increased its revenue by 2.7 per cent when compared to its 2015 financial year.

Wesfarmers reported that it has been investing in lowering Coles prices with nearly 1, 000 products added to its ‘every day’ low pricing scheme in June and July. As of the 30 June 2016, there were 3, 100 ‘every day’ priced items.

The supermarket invested in:

“We’ve had increased sales and comparative sales. We’ve got strong customer numbers and we are delivering greater value and better value for our customers,” he stated.

Looking towards the future, Wesfarmers said competition for Coles will be “robust” and it will be customer-led in everything it does, including investing in prices, customer service and freshness.

Liquor including Liquorland and First Choice

The group said that it was continuing with its ‘liquor transformation plans’ and that 30 under performing stores were closed across the financial year.

More than 180 Liquorland sites underwent store renewals across the financial year and 200 more are slated for renewal in the 2017 financial year.

Wesfarmers reported it will continue to invest in value and range simplification in the future.

Approximately 30 new convenience sites were opened during the financial year and 28 upgraded.

Petrol volumes declined across the year with its headline volumes down 4.4. per cent and comparable volumes down 7.9 per cent when compared to its prior 2015 financial year.

In a year which saw its competitor Woolworths announce it would divest itself of its Masters and home hardware chains, Bunnings stores in Australia and New Zealand achieved strong sales growth.

The Australia/New Zealand arm of the chain achieved earnings before interest and tax of AUD $1.2 billion, an increase of 11.6 per cent on the previous year.

Bunnings total store sales growth was 11.1 per cent when its 2015 financial year results and 8.1 per cent rise in store-on-store growth.

Wesfarmers reported that its repositioning of its recently acquired UK hardware chain, Homebase, was well underway and that trading was steady across its first four months of ownership.

“Bunnings had another really strong year in Australia and New Zealand,” Goyder said.

“Through the year, the performance of Bunnings in terms of customer numbers, the value and range we’re giving customers, the innovation of the business has been exceptional,” Goyder said.

For its 2016 financial year, Target experienced an operating loss of AUD $195 million.

“The disappointing aspect in our retail sector last year was Target,” Goyder said.

“We had slowing sales growth and a poor performance,” he stated.

However, Goyder said the K-mart chain had another great year.

First Chobani Incubator start-ups announced
The first five businesses to go through Chobani Australia’s food incubator program have been announc...
Marinucci packages solution for those switching to takeaway
Almost 65,000 commercial foodservice outlets including bars, cafes and restaurants have been forced...
Food deliverers will be paid the minimum wage if the Australian Greens bill makes it through parliam...
Gig economy workers should get minimum wage and workers conditions, according to the Australian Gree...
Fish oil supplements won’t make your kid any smarter, Australian study
Taking fish oil supplements during pregnancy will not make your child any brighter a South Australia...
Metcash expected to finalise acquisition of Home Timber and Hardware
Independent supermarket wholesale group, Metcash, is expected to finalise its acquisition of Woolwor...
Tired of dependable but boring, what fruit wants a marketing makeover?
IS your personality lacking dynamism and excitement, is your company seen as convenient and dependab...
FoodLegal Online releases ‘Country of Origin’ training
Australian food experts, FoodLegal have launched training videos for Australia’s new Country of Orig...
Be Natural now selling new granolas to be eaten with coconut water
Be Natural is now selling new cereals, granolas and snack bars in Australian supermarkets.