Aldi supermarket shoppers are the most satisfied

Each month, Roy Morgan Research measures customer satisfaction in a variety of different areas. For August 2016, Aldi has taken out the supermarket category with a 96 per cent satisfaction rating.

Foodland, the overall customer satisfaction award winner for 2015, came in second with a 94 per cent rating. 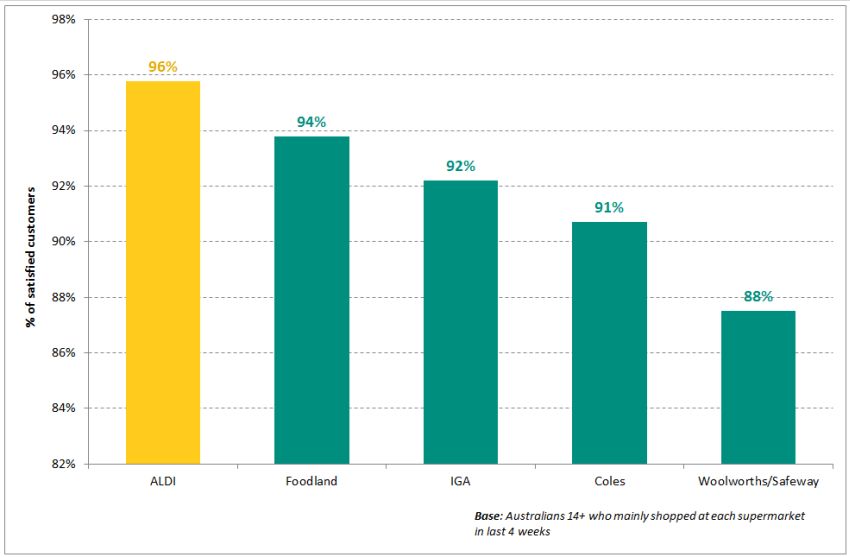 Aldi lead within six of the nine supermarket sub-categories. Two of the categories it did not lead in, deli and seafood, Aldi does not have specified customer service counters for. 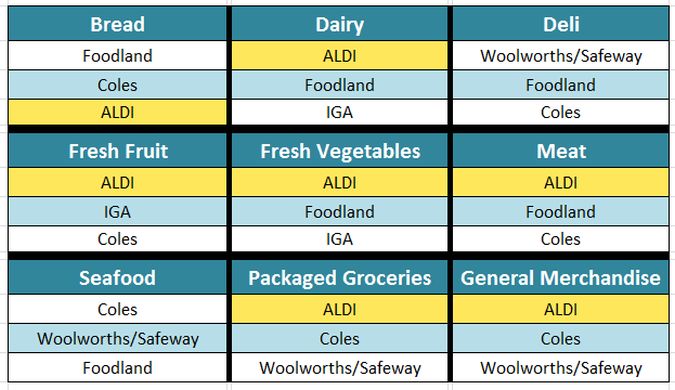 Norman Morris, Industry Communications Director at Roy Morgan Research, said it appears supermarkets must try and please everyone all of the time to remain coemptive.

“As the German discount giant continues its Australian expansion, its influence is growing,” Morris said.

“Since it moved into South Australia at the beginning of 2016, the proportion of SA residents who mainly or sometimes shop there has shot up to 19%. In Western Australia, where it opened in June, a similar trend appears to be taking shape. It will be interesting to see whether this increased customer volume takes ALDI’s satisfaction to even greater heights in months to come,” he said.

Woolworths to remove plastic bags by 20 June 2018
Woolworths will be removing all single-use plastic bags from its Australian stores by 20 June 2018.
Arnott’s launches new Tim Tam range inspired by delicious tastes of Australia & New Zealand
Tim Tam,Australia’s number one chocolate biscuit, is bringing the flavours of Australia and New Zea...
Domino’s adds vegan cheese to its menu choices
Domino’s is now offering customers the choice of vegan cheese on their pizzas.
Short walks after meals may prove important tool in managing diabetes
New research from the University of Otago in New Zealand suggests that people managing type 2 diabet...
Patties Foods in acquisition bid by PEP
Patties Foods has announced it is awaiting a proposal for its acquisition by Pacific Equity Partners...
Overseas born Australians are spending more on groceries
The rate at which Australians born overseas are purchasing fast moving consumer goods is growing fas...
Chobani’s US moves into branded café’s and bars
Chobani Yoghurt has opened a Chobani Café inside a Target store in New York.
Aldi catch up fresh produce game, AUSVEG report
A new study has found Australians think Aldi’s fresh produce offerings have improved in value, quali...