Why Woolworths is removing wax from 2017 apple 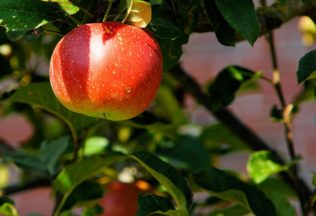 New season apples sold at Woolworths nationally from February 2017 will have no wax added to them.

The move by Woolworths to remove adding wax to new season apples has been undertaken in consultation with both the industry body, Apple and Pear Australia Limited (APAL), and all Woolworths apple suppliers.

Apples naturally develop a coat of wax when they are growing to help protect the fruit and to retain moisture and therefore firmness of the apple. Once picked, the apples are cleaned, removing this natural coat of wax. At this stage a food-grade wax is applied to replace the naturally-occurring wax.

Scott Davidson, Woolworths Head of Produce said the primary benefit of applying wax to apples is that it makes the apple look shiny and more presentable.

“While an unwaxed apple may look duller, it will still taste just as good and will contain all the nutrients that an added waxed apple has,” Davidson said.

“Our decision has come about due to growing customer requests for us to explore more ways for them to purchase fruit and vegetables as nature intended,” he stated.

Woolworths sells an estimated 370 million apples each year with up to eight different varieties on offer dependent on the time of the year. The most popular apple is the Pink Lady, followed closely by the Royal Gala and then the Granny Smith.

According to the APAL there are two main types of food-grade wax products that are applied to apples. One is based on carnauba wax and the other on shellac. These types of waxes are used on other foods like chocolate and confectionery.

Shellac comes from a secretion of the lac bug found in Thailand India. Carnauba wax comes from a palm tree found in Brazil called Copernicia prunifera.