Woolworths bounces back with help from supermarket food 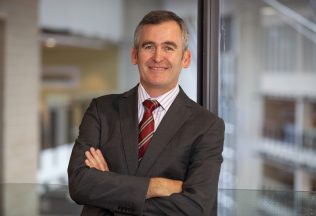 Woolworths is continuing to turn itself around, with supermarket food sales helping out.

For the first half of its 2017 financial year, sales growth in the group’s Australian food division increased by 2.8 per cent.

The group achieved a net profit after tax (NPAT) of AUD $725.3 million after selling Masters and its petrol business, but had a 16.7 per cent fall in NPAT from continuing operations.

In announcing the Woolworths’ Groups’ half yearly results, Chief Executive Officer, Brad Banducci, said the group had made good progress on its five key group priorities.

“Particularly pleasing was the improvement in sales momentum in Australian Food, especially in the second quarter,” Banducci said.

“This is on the back of strong Voice of Customer scores and is underpinned by continued growth in customer transactions and, more recently, items per basket,” he said.

Alongside Australian food sales increasing an overall 2.8 per cent for the first half of the year, Woolworths said comparable sales in December (2016) were the strongest for the year driven by strong comparable transaction growth an improvement in items per basket.

“Earnings before interest and tax declined 13.9 per cent on last year primarily impacted the reinstatement of team incentive payment, team training and higher depreciation from our renewal and IT investments,” Banducci said.

The first half of the financial year saw Woolworths sell its petrol business and establish a new rewards partnership with BP, that Woolworths is confident in.

“Once completed, customers will have more fuel redemption options and increased ability to earn Woolworths Rewards points and we will have an opportunity to partner with BP in rolling out our new Metro@BP concept,” Banducci said.

“The proceeds from the sale of our Fuel business will be used primarily to strengthen our balance sheet,” he said.

New Zealand food sales increased by 1.6 per cent on the prior corresponding period.

Earnings were however below last year’s profits, with Woolworths attributing this drop to investment in team hours, costs of its new loyalty alliance with AA Smartfuel and uninsured losses related to the November 2016 earthquake.

Restaurants Cosy Up To Make The Most Of Winter Dining
Experience a taste of the tropics, even mid winter, with a visit to Bungalow 8 in Sydney. This f...
Coffee more than just a drink for Swinburne Uni researchers
Researchers from Swinburne University of Technology in Melbourne have found a second-life for the va...
Freedom Foods launches Crafted Blends Quinoa Chips
Freedom Foods has launched a new line of quinoa chips under its Crafted Blends range.
Apple that is red inside coming to Australia
Australian family-owned fresh produce company Montague have announced they are launching a debut app...
Arnott’s Shapes flares consumer revolt after Health Star and flavour reformulation
Arnott’s Shapes have been a favourite of many Australians for decades, but a recipe change has gone ...
Coles Brand Roadshow is coming to Melbourne CBD
Coles, Food innovation Australia (FIAL) and the Victorian Government are running a free industry bri...
Unilever in Streets battle on min. conditions
The Australian Manufacturing Workers Union has urged Australian consumers to boycott Streets’ ice cr...
The chopstick resurgence
Specially crafted and sourced chopsticks are becoming a must have item for those who love food and ...