Freedom Foods FY18 off to a strong start 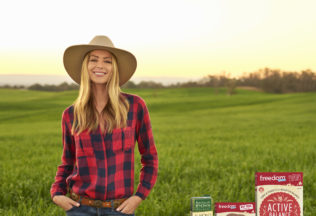 Freedom Foods says it is experiencing a strong start to its 2018 financial year and estimates net sales revenue for the year to be at the higher end of the forecasted range it made in its 2017 financial year profit report.

In a statement to the ASX, the company reported it is experiencing strong demand across all business activities in Australia, South East Asia and China with product innovation leading to further sales.

An increasing desire for UHT products have also lead to an uplift in demand at Freedom Food’s UHT dairy facility in Shepparton.

Freedom Foods concluded its statement by saying: “The Company expects this and future year’s sales increases to flow through positively to increased operating margins reflecting the ongoing benefits of the strategy and multi stage capital investment program with a acceleration of profits and returns in FY 2018 and beyond.”