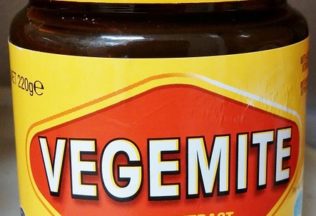 ACCORDING to marketing minds Senator Pauline Hanson is a fun part of what Australia is all about – just like Vegemite. Please explain.

The One Nation leader famous for her right-wing, anti-immigration politics has been chosen to lead the first Vegemite ad in six years.

Ms Hanson heads a cast of other Australians, Australian attractions, references and historical events featuring in the 60-second video for the “Tastes Like Australia” campaign.

“It’s fun”, says Vegemite’s marketing manager Matt Gray, who hopes to pitch the spread to the more than a third of Australians now born overseas.

Mr Gray says Australia is a young, diverse and multi-cultured country with a significant proportion of Aussies not having grown up on Vegemite.

“The changing face of Australia is part of what makes our nation great, and we want to be in the homes of all Aussies, new and old,” he said.

In a nod to “hacktervising”, a stated aim of the ad “is to start a national conversation reflecting on what Australia means and tastes like”.

The advert was created by Vegemite and Bega Cheese Limited’s new advertising and creative agency, Thinkerbell.

Adam Ferrier, co-founder, chief thinker and consumer psychologist at Thinkerbell said the ad would “hopefully elevate the discussion about ‘Australianism’.”

The “Tastes Like Australia” campaign goes live to Vegemite Facebook Fans today, to air in cinemas tomorrow and will be broadcast on television for the first time on Sunday.

The secret is out! We're beyond excited to share our trade secret recipe with you, click here to see how we make VEGEMITE. #TastesLikeAustralia

Also in this edition of Australian Food News

Retail Food Group finds added success from Hudson Pacific acquisition
The Retail Food Group (RFG) has posted net profits after tax of $33.5 million for the first half of ...
Food for the Aged Care sector, national conference 6 December 2019
The annual one day Lantern Conference is coming to Queensland on 6 December 2019. The event is desi...
Nespresso launches iced-coffee pods for Australian summer
Nespresso Australia is selling coffee-pods especially designed for making iced-coffee.
Many people have a hard time swallowing. Help them to 'eat, drink and be merry' this Christmas
SWALLOWING food, drink, and saliva is a central part of our lives. It’s something we do about 900 ti...
First Australian Meat Producer becomes 100% Carbon Neutral
In an Australian meat industry first, Queensland-based Arcadian Organic & Natural Meat Co. has ...
Fridge that can meal plan based off its contents created by Samsung
Samsung has revealed a new fridge which will create recipes for the entire family, taking into accou...
Brand switching sky-rockets. The unexpected consequence of COVID-19
A recent survey conducted by WOM Network with over 1,700 Australian grocery buyers via Mouths of Mu...
Domino’s Pizza defends itself
Domino’s Australia has defended its business model after allegations were made it has “squeezed” its...