Is your brand getting lost amongst the new product clutter?

Asia-Pacific consumer brands will succeed in the recovering economic markets if lessons are learnt from the last two years, according to new research from independent business analyst Datamonitor. The study has revealed the difficulties brands face in capturing the attention of consumers, with 67% of Australians saying they simply don’t even notice new alcoholic drinks on the shelves. 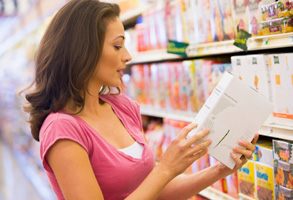 Datamonitor figures show manufacturers bombarded the FMCG market with over 1600 product innovations launched globally between 2007 and 2009, creating an environment where it is easy for new products to become lost.

The researchers has examined over 100 key brands globally over the last two years to identify key themes which have helped FMCG companies to achieve success. Within these themes the study has identified complex issues behind the performance of the brands…

One of the key drivers of product innovation success has been consumer demand for ‘value driven’ branding. This has contributed to the success of ethical brands such as Australian’s first carbon neutral beer brand Barefoot Radler, owned by Lion Nathan, and environmentally friendly US-based Clorox Green Works.

“Barefoot Radler achieved success by reaching out to non-beer drinkers with a unique brand positioning. Customers approved of its sustainable business practices which gave it competitive advantage,” author of the study and Consumer Analyst, Vicky McCrorie, noted.

The report identified non-alcoholic beer brand Kirin Free as one of the big Japanese successes of the last decade. Touted as the world’s first alcohol-free beer, the beer took an unusual but successful step in its marketing. Unlike conventional ‘beer-taste’ soft drinks aimed at consumers who are less tolerant of alcohol, Kirin Free targets drinkers who look for a non-alcohol option in specific occasions such as before driving.

“With sales of around 2.5 million cases in only five months, Kirin Free has captured the imagination of consumers wanting to enjoy a beer type of drink without the downside of alcohol,” McCrorie said.

Delivery of strong sensory appeal can also be critical to a brand’s success. Coca-Cola’s launch of its Mother energy drink into the Australian market faced a significant hurdle in engaging with the consumer. When its initial formula of the brand failed to appeal to consumers, the company went back to the drawing board and launched a reformulated version targeted to deliver what the consumer wanted. This strategy paid off as it is now one of the biggest energy drinks on the market.

Rituals rather than economic savings

A number of success stories have focused on offering something unique and experiential for a given consumption occasion by ‘ritualizing’ the preparation and consumption of products. Old El Paso in the US tapped into an increase in families eating at home due to the economic down turn by creating the ritual of ‘Taco night’. As the advertising associated ‘taco night’ with re-connecting rather than saving, its relevance will endure beyond the recession, the researchers believe. As a result of this marketing, sales were boosted by 9% in the last quarter of 2009.

“Creating or exploiting rituals to ensure a brand doesn’t get lost has proved to be very successful,” Ms McCrorie advised. “However, Magners in the UK is an example of how a ritual can easily be mimicked by other brands. After huge initial success, sales began to fall as brands such as Strongbow and Bulmers piggybacked on Magners ‘over the ice’ message.”

The performance of a new brand does not rely solely on innovation or a marketing strategy; instead success depends on a number of factors, including competitors and the market conditions – the research concluded. Therefore analyzing why products fail is key to understanding how to give a new brand the best chance of success.

Even when a brand manages to break through, failing to maintain innovation can lead to a loss of market share. The O-Box in China is a key example of this. It was one of the first juice drinks launched in China and effectively created the low concentrate juice sector. However, a number of competitors quickly jumped on the bandwagon and O-Box has not been able to defend its position.

In the US, the Max Factor make up brand is to be discontinued in 2010, ending over seven decades on the market. The brand has struggled to gain the appeal of other mass make-up brands, due to its focus on high fashion colours. Americans said to favour more subtle colours and textures than Europeans – where the brand is still popular. The example highlights the importance of making well-calculated and timely decisions regarding under-performing brands in order to maintain momentum behind ‘on-trend’ higher performers in a given brand/product portfolio.

Meanwhile, Essensis was launched by Danone in France in 2007 as a beauty food that could improve the appearance of skin. The product failed to connect with consumers and was withdrawn just two years later, highlighting how this market has yet to reach a critical mass due to a lack of “innovation readiness” among consumers.

“The success of new product launches is not formulaic. Brands need to combine innovation along with an understanding of how to truly capture consumers’ imagination and deliver what they want,” McCrorie concluded.