The Australian newspaper reports that Mr Pratt made the comments while opening the new Visy Group $86 million Stapylton beverage can manufacturing facility on the Gold Coast on Thursday 28 March. The facility will be Australia’s first new can plant in more than twenty years.

The new factory was “further proof that competitive manufacturing can have a bright future in Australia, provided manufacturers are prepared to invest,” Mr Pratt told the crowd at the opening.

“We are very optimist about the future of Australian food and beverage. Queensland is a great State to manufacture in,” Mr Pratt said. “We think that the quality of the Australian worker is one of the best in the world. There is a great future for Australian manufacturing. We are always opening plants and will continue to do so,” he added.

The Company has invested $150 million in the site at Staplyton, which is halfway between Brisbane and the Gold Coast. The plant uses state-of-the-art equipment to produce lightweight aluminium cans for Visy customers such as Schweppes, Lion, Diageo and other beverage producers. It produces about 1.6 billion aluminium beverage cans and 600 million steel food cans.

The new drink can plant is located next to Visy’s corrugated cardboard box factory, which opened in 2006.

But Mr Pratt admitted that the present climate was challenging for Visy. He told The Weekend Australian that expanding into Asia has helped the Company continue to grow.

“Following our customers overseas tends to be where the growth is coming from at the moment,” Mr Pratt said. “One way we have mitigated [the effects of the challenging financial climate] is to set up a company in Singapore to buy things. That has been the 80 per cent way to eliminate our lemons. We buy $1 billion worth of stuff from abroad,” he said.

The trading company has allowed Visy to save a $100 million annually in equipment and supplies.

Australian Food News reported in November 2012 that Visy had announced plans to expand into Asia, taking a guidance role to help the Australian food industry grow export markets in the region.

Visy began in 1948 in Melbourne as a manufacturer of corrugated cardboard boxes. It now employs over 5,500 staff and operates in over 120 sites across Australia, New Zealand, Thailand, Vietnam and Malaysia, and has trading offices in Singapore and China. 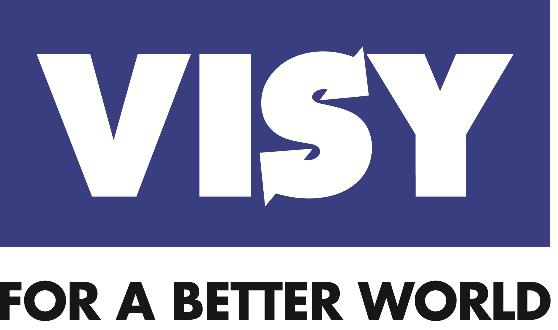 FSANZ not concerned about nanoparticles in infant formula
Food Standards Australia New Zealand (FSANZ) says it does not believe there is any health or safety ...
Winners of Victoria and Tasmania 2019 awards for excellence announced
The winners of the 2019 Victoria and Tasmania Savour AustraliaTM Restaurant & Catering HOSTPLUS...
Top US food news site, Food Dive names its Business of the Year
LEADING US food and beverage industry news site, FOODDIVE has announced its Company of the Year.
Protein at breakfast may be secret to weight loss says CSIRO
A CSIRO report has found eating more protein for breakfast may be the key to healthy weight loss.
Queensland’s leading event manager on how events are vital to recovery of economy and culture
As restrictions relax and Queensland gets back to business, one of the state’s leading event manage...
Woolworths unveils ‘store renewal model’ at Sydney’s Warringah Mall
Woolworths reopened its Warringah Mall store on 10 November 2016, in a first-time display of its new...
TGA opens consultation on reforms to complementary medicine regulatory framework
The Therapeutic Goods Administration is seeking comment on reforms to the regulatory framework for c...
Retail Food Group criticises UBS reports after share plunge
Owner of Crust Pizza, Donut King and Gloria Jean’s Coffee, Retail Food Group, has experienced a sign...