Spicing it up: Flavour trends for 2009

Bland, mild and boring flavours are to become even less common next year as consumer packaged goods manufacturers are expected to further push the flavour boundaries.

Looking ahead to 2009, consumer intelligence firm Mintel, forecasts that manufacturers will reach for exotic fruits and fresh and soothing flavours with a touch of spice to add excitement to their new products. 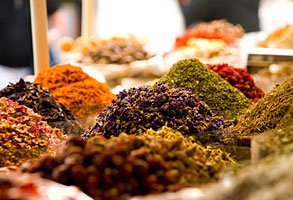 From food and drink to household and personal care, Mintel’s leading new product expert, David Jago, is excited about new tastes and smells he expects to see hitting global markets soon. “Today’s manufacturer is constantly looking for those tastes and aromas that stand out and capture shoppers’ imaginations,” he noted. “By adding exotic fruits and more unusual ingredients to everyday products, companies give people the opportunity to experiment and move out of their comfort zones without breaking the bank.”

Mintel has identified seven flavours that will become more prominent in the food industry this year. These flavours and scents will spread across the globe, moving beyond their core market or country of origin to become the flavour trends of 2009.

1. Persimmon
Viewed as a unique and exotic fruit, persimmon is poised to make a major splash in food and beverage. Mintel expects companies to blend it with more common fruits, as seen in a new Japanese yoghurt that contains white peaches, persimmon and apricots.

2. Starfruit
Another unusually shaped, distinctly flavoured fruit – starfruit – is catching on around the globe. Already seen in Flor De Hibiscus’s Chutney with Star Fruit (Brazil), the exotic fruit could become a major global player in 2009.

3. Lavender
Mintel expects lavender to move beyond the home and personal care categories and into food and beverage next year. Already found in products such as Lindt Chocolat Provenance’s Lemon-Lavender dream chocolate (Germany), lavender can be paired with more familiar ingredients to bring a naturally soothing, aromatic quality to food and drink.

4. Cactus
Cactus is already a popular food flavour in Latin America, seen in products like Nopalia Cactus Toasts (Mexico) which contain both cactus and corn. Next year, look for manufacturers to incorporate this regional taste into new food products around the world.

5. Chimichurri
Another classic from Latin America, chimichurri is a sauce for grilled meats, recognised for its clean, clear flavour. It has already begun to win fans in the US, seen in new products like Gaucho Ranch’s Original Argentinean Chimichurri Steak Sauce, but this spicy flavour could well be discovered by manufacturers around the globe.

6. Peri-Peri
This is an African hot sauce that has been made famous in Australia by the Nando’s restaurant chain – a franchise which was born in South Africa in 1987. Mintel believes peri-peri will appear in more products on our supermarket shelves, as 2009 will be peri-peri’s year to be embraced on the global stage.

Go vegetarian to lose weight says researchers
Vegetarian diets are almost twice as effective at helping you lose weight a study has found.
Bega’s plans for Vegemite and other brands: Is China an option?
Perhaps many urbane Australians eating avocado on toast for their breakfast will be surprised to lea...
Meter technology encourages breastfeeding mothers
A new piece of technology is allowing nursing mothers to easily monitor their baby’s feeding pattern...
SodaStream morality campaign pisses on bottled water makers
The American division of SodaStream has angered water bottlers with a campaign showing bottled water...
The A2 Milk Company’s transformational 12 months pays off
﻿The A2 Milk Company this week announced it has already brought in AUD $148 million of revenue for t...
Ferrero: WWF Palm Oil Buyer Scorecard 2020
n its recent Palm Oil Buyers Scorecard, which evaluates global companies for their suppor...
NZ dairy industry opens its farm gates
Fonterra farmers in New Zealand will be allowing the public to come visit their farms in a special o...
Mondelez International no longer in pursuit of Hershey’s
Confectionery giant, Mondelez International, announced it has terminated discussions with The Hershe...