Australian children are growing out of food allergies 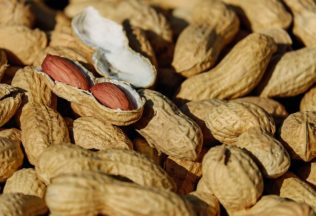 The number of Australian children who outgrow egg allergy has contributed to a drop in food allergies between the ages of one and four years the Australian Centre of Food and Allergy Research has found.

Nearly two-thirds of children with a food allergy outgrow their allergy by age four, yet the centre maintains Australia is still experiencing “remarkably high rates” of allergic disease.

Almost half of all children surveyed experienced some kind of allergy by age four.

At one year, 3.1 per cent of children aged one surveyed were allergic to peanuts, but by age four this number dropped to 1.9 per cent. Despite the drop, peanut allergy was found to be the most prevalent allergy among four year olds.

Researcher, Professor Katie Allen, said there has been an increase in allergies internationally since the rise of asthma, eczema and hayfever occurrences which peaked in the 1990s and 2000s.

“This was followed by the second wave of the allergy epidemic with an increase in reported food allergies over the last decades,” she said.

“Allergies are now recognised as a significant public health concern,” she concluded.

The Centre for Food and Allergy Research is run through the Murdoch Childrens Research Institute. Children food allergy and food-related immune disorder experts work out of the centre, using the latest approaches in epidemiology, immunology, paediatrics, nutrition, gastroenterology and biostatistics to investigate factors that cause, prevent and improve food allergies.